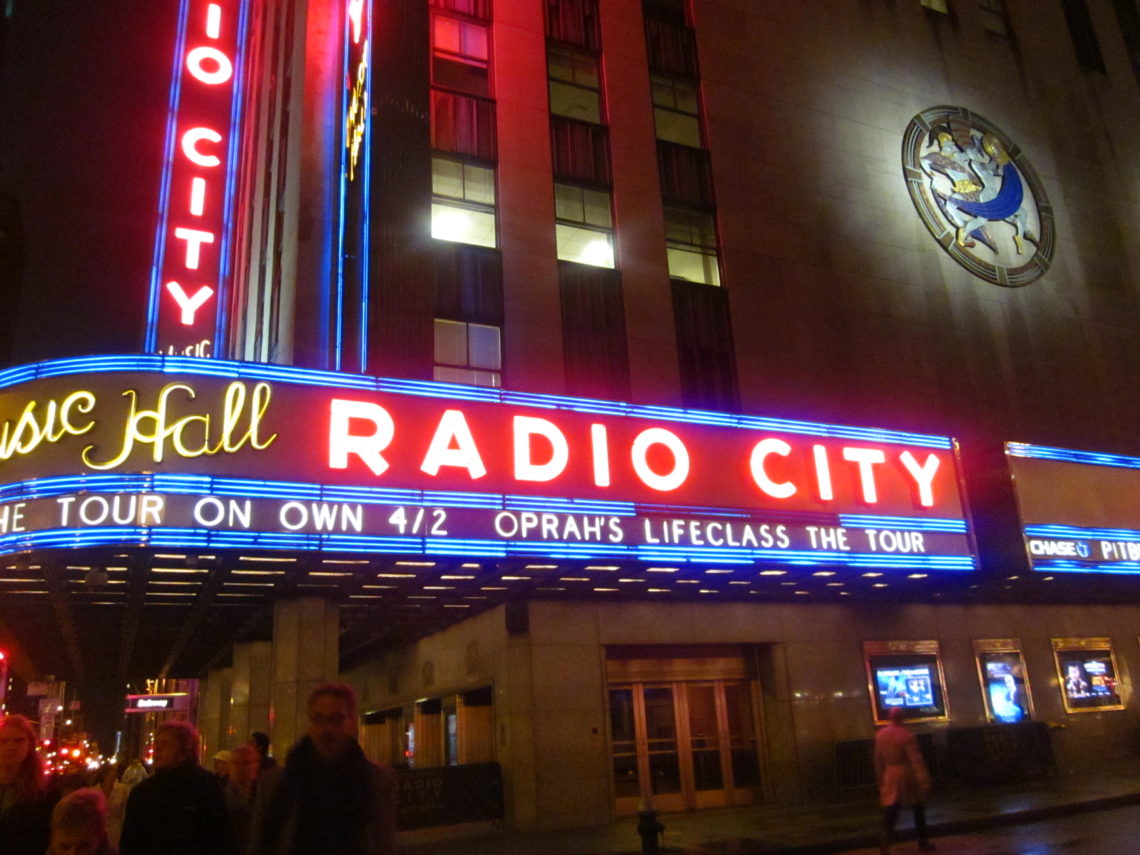 The time finally came. The chance to go see Oprah live, with guest teacher Tony Robbins as the icing on the best cake ever (you can pick whatever cake you want, carrot cake is my favorite so I’m going with that). This was an experience of a lifetime and I’m so grateful I was able to be a part of it.

Justin and I made it to New York on Saturday night and set out to explore the city in the short 4 days, 3 nights we had in The Big Apple. We had great food at Heartland Brewery, Carmines, Carnegie Deli, Serendipity (frozen hot chocolate people!) and of course New York style pizza and hot dogs (with sauerkraut). We wanted to try great food and I can confirm that the mission was accomplished.

We also did the typical sightseeing visits to the Empire State Building, Times Square and Central Park. There are so many movies that were filmed in the Empire State Building, and you would think Sleepless in Seattle would be the one I would remember. However, I couldn’t help but think of the movie Elf with Will Ferrell as we stepped in the lobby. I kept repeating the lines of the movie in my head as we walked around (“I’m going to see my dad, he works here!”). When we went up into the elevator it took everything I had not to push the buttons (“It looks like a Christmas tree!”). Alas, we made it up to the observation deck, took great pictures, and had a romantic moment, just the two of us, overlooking the city.

The next day we went to see my cousin Cristina in her first play as a working actress in New York City. She was fabulous! Her part was perfect for her, and we were so proud to be watching her shine in her moment. My aunt and cousin who live in Long Island also came out to hang and it was so great to see them and share the moment. I love being around family and being able to see them was the perfect side dish to an incredible weekend. We hung out in Times Square that night and went out to eat at the famous Carmines. I remember going to that restaurant in my younger years with my nonno. Good times. My family tried to convince me to come live in New York and I keep telling them I’m not fit for the city. Do you see me there? Didn’t think so.

Finally, the day for Oprah came, but before that we needed to do one last-minute sightseeing visit to Central Park. Justin and I got a sandwich (which turned out to be a mound of food that barely resembled a sandwich) at Carnegie Deli and headed out to the park. The weather was beautiful and we walked around, enjoyed each other’s company and taking in the one spot of peacefulness in the bustling city. I also got to experiment with my camera a bit more and took some great shots.

OK, now it’s the moment you all (ok maybe just me) have been waiting for, OPRAH…

I have to tell you that standing in that line when picking up the tickets and waiting in line to get in was so surreal to me. For those that know me well, you know how big of a moment this was for me. I had been watching this woman for years, do her own thing and become the powerhouse I always aspire to someday be.

We had orchestra level seats, row 14 and got upgraded even more once we got there to row 2! The event was at Radio City Music Hall, which was such a beautiful place to have an event like this. I walked in and took all of it in, soaking it up and savoring the moments to make them last.

We took our seats and waited for the show to start. People were tweeting and the tweets were being posted on the big screen as we all waited. The music started (they played Party Rock Anthem people!) and the audience coordinator came out to rev up the crowd. There were appearances by Gail (of course), and Sheri Salata (who is the executive producer of the Oprah Show and a powerhouse as well) came out to introduce some of the new shows premiering on OWN.

After they were done plugging the network, they introduced Tony Robbins to really get the crowd going and talk about the topic of the show, LIVING FEARLESSLY. I have to tell you, this guy is impressive. His energy, positive attitude and message is exciting. In his 10 minutes of talking, I was ready to take over the world. I was hanging on to his every word and couldn’t wait to hear what he said next. If you want someone to rev up a crowd, this man is on the top of the list.

Then the show finally started live on air and Oprah was introduced. I was filled with so much emotion that as soon as she stepped out I lost it. I couldn’t hold back the tears anymore. I can now say I have been in the same room as Oprah, and seeing this inspiring icon in the flesh was an absolute dream come true that will stay with me forever.

Her monologue was typical Oprah. She said she has found that her purpose in life is to help other people find their purpose. Living fearlessly and changing her story has made her who she is. She said “if I had believed my story about being black, poor and from Mississippi, I would’ve never become the woman I am today”. I love that so much.

The show taped for about 2 hours, with inspiring stories about people overcoming their fears. Oprah knows how to relate to the audience and is so personable off air, no wonder she’s Oprah. Her hatred with high heels were expressed during commercial breaks (“someone give me some flat shoes”)  and even gave away a pair of her size 10 heels to an audience member (you know those shoes were expensive). When Tony Robbins was doing his thing on stage with audience members, her side comments broke what might have been a tense moment (“I don’t know what you said but I felt that” to a man who was trying to talk to his fiance with his eyes) and made audience members feel comfortable to talk openly (Tony Robbins was talking to a young man about his career changes and asked if he had a women in his life. His response was a non hesitant “well I’m gay, so no”).

Here are some highlights and takeaway’s from Lifeclass show, Living Fearlessly:

– Everyone has a place inside that has come out at one time to help make the impossible happen. It made you unstoppable. Remember that trigger and bring it out when you need to face a fear.

– Let go of the past/yesterday so you can move on with today and tomorrow.

– You need fear, it’s what gives you the courage to go for it. So don’t eliminate it, but dance with it so that fear can work for you.

Here’s the big one:

Pretty inspiring stuff don’t you think? The experience was a life changing one for me. My goal is to go to a Tony Robbins event and get the full experience.

It’s funny how the world works. Little did I know about the series of events the world had in store for me that has gotten me to where I am now. The changes keep happening, and the events that happen before, during and after have fallen into place as though they belonged in that order.

I left New York inspired, motivated and ready to do this. I got to work the next day and got laid off. If I was waiting for that push, I got it.

Here’s to a new chapter. 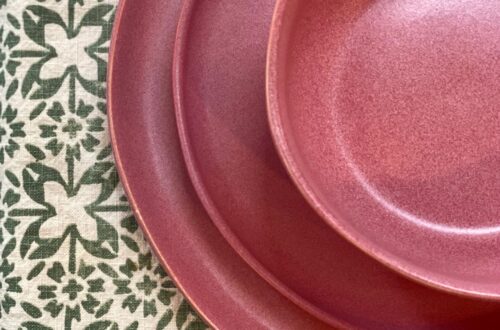 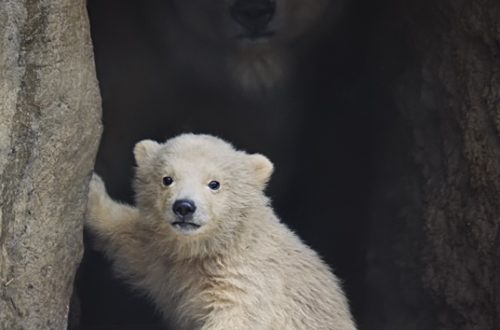 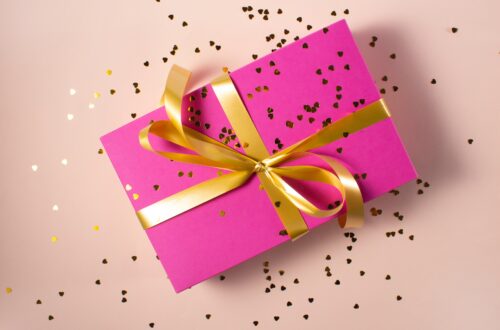 How to Build a Gift Closet